How does one reconstruct a first-century Synagogue? We studied historical texts and archaeological evidence, focusing especially on two synagogues (Gamla and Masada) thatwere destroyed in the First Century and never rebuilt. To better understand the different types of ancient synagogue in the Land of Israel we also examined ruins from later period sites, such as Kiryat Sefer, as well as  first-century settlements such as Magdala, which contain structures whose status as “synagogues” was more open to question. The historical research and field surveys were synthesised to develop the architectural plan for a typical synagogue that would be appropriate for first-century Nazareth. Our plan was circulated amongst top scholars for review, then used as a basis for reconstruction.

Although early synagogues were each unique, they share common features that scholars agree were definitive of the First Century: inner walls surrounded by benches and a central space defined by a colonnade. The two corners at the rear of the colonnade have heart-shaped columns, which are two columns carved into one. Archaeologists believe that these columns supported a clerestory roof. The interior arrangements provided the building with plenty of light and ventilation, making it a pleasant and comfortable space for public gatherings. 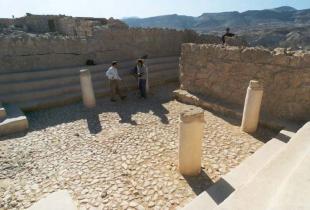 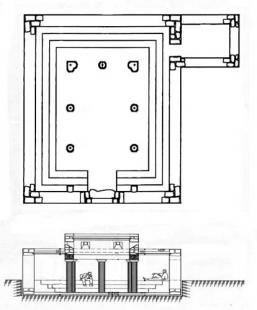 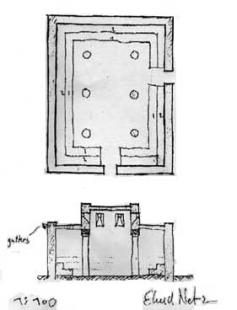 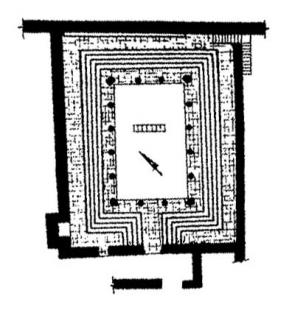 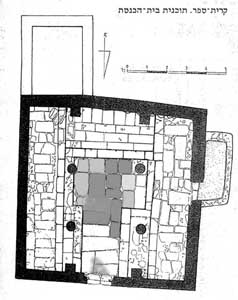